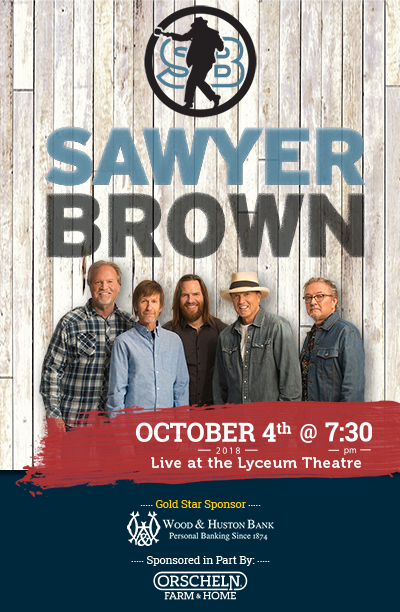 Sawyer Brown has been described as “the Rolling Stones of Country Music”.  They have released twenty-three albums with 3 gold albums reaching over one-half million copies sold.  More than fifty of their singles have entered Billboard Hot Country Songs charts, including three No. 1 singles including their signature song “Some Girls Do” and “Thank God for You”.  Sawyer Brown received a Horizon Award from the Country Music Association, Vocal Group of the Year award in 1997 from the Academy of Country Music, six Vocal Band of The Year awards from TNN Music City News Country Awards, and three Country Music Awards.  The band bounds onto the stage night after night, delivering its own unique brand of high-energy entertainment, and remains a perennial favorite at fairs, festivals, theatres, and casinos. Sawyer Brown has earned its place as one of the premier live acts in music.