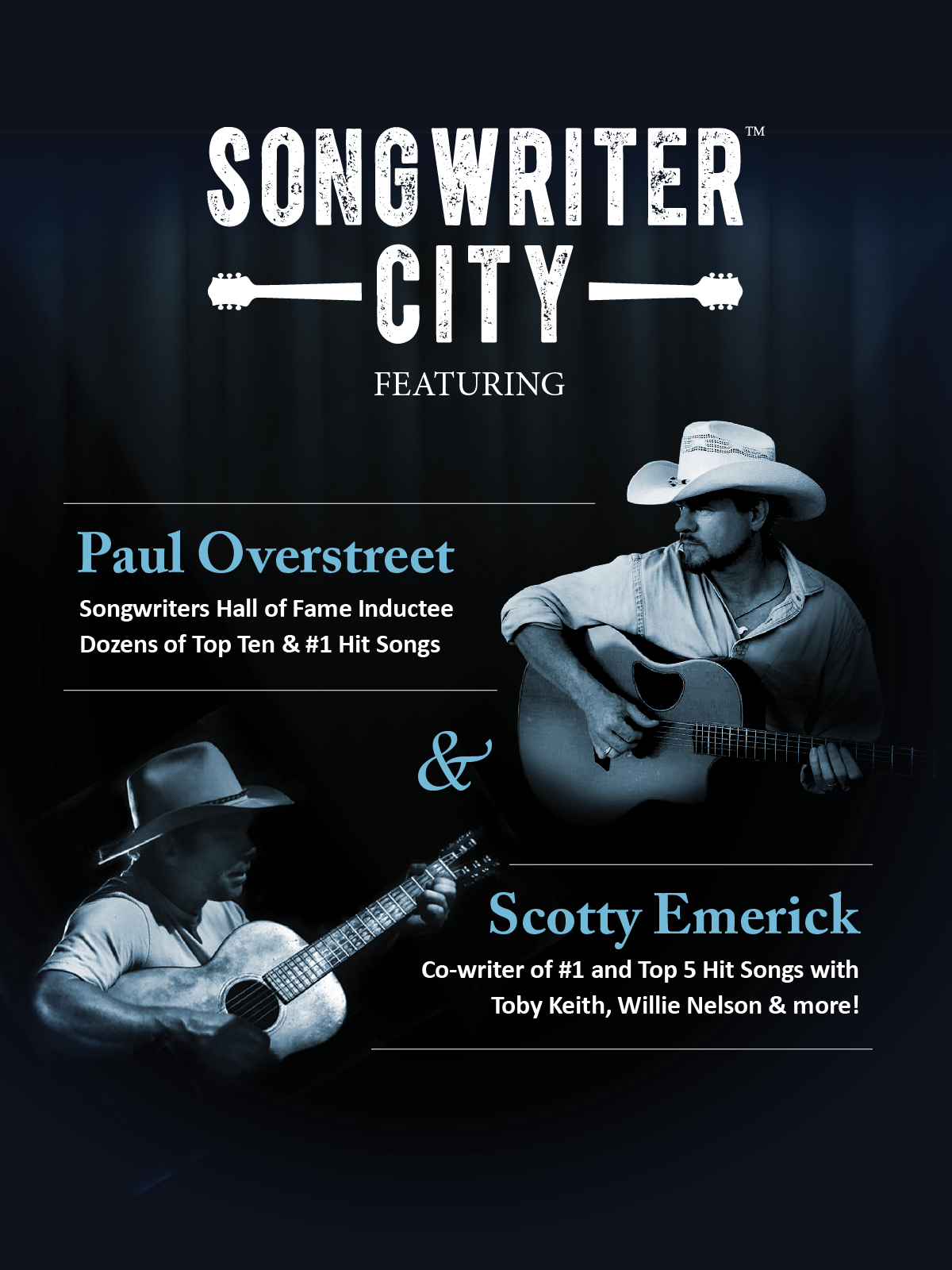 An intimate evening with two of country music’s well-known songwriters!

Paul Overstreet is best known for writing country music mainstays such as “Forever and Ever, Amen” and “On the Other Hand,” both of which were No. 1 hits for Randy Travis. He also co-wrote “When You Say Nothing At All” which was a No. 1 single for Keith Whitley, and later a Top 5 hit for Alison Krauss. He has won two Grammy’s, ACM and CMA Song of the Year Awards, and in 2003, Paul was inducted into the Nashville Songwriters Hall of Fame. He was named the BMI Songwriter of the Year for 5 straight years, an achievement on music row that had never been achieved before or since. He has written the hit songs “She Thinks My Tractor’s Sexy” for Kenny Chesney and “Some Beach” for Blake Shelton.

Scotty Emerick is best known for his songwriting association with Toby Keith. Among his co-writing credits are No. 1 hit songs “I’m Just Talking About Tonight,” the Willie Nelson duet “Beer For My Horses,” “I Love This Bar,” “Whiskey Girl,” and “As Good As I Once Was.” As a musician, he began landing cuts by Sawyer Brown including their Top 5 single “I Don’t Believe in Goodbye.” Scotty is a frequent co-performer on Toby Keith’s national stadium and arena tours.

Premium Seating* is $70 – Sold Out!
*premium seats are located in the center section of the first 4 rows, includes our special pre-concert cocktail reception, and are extremely limited.