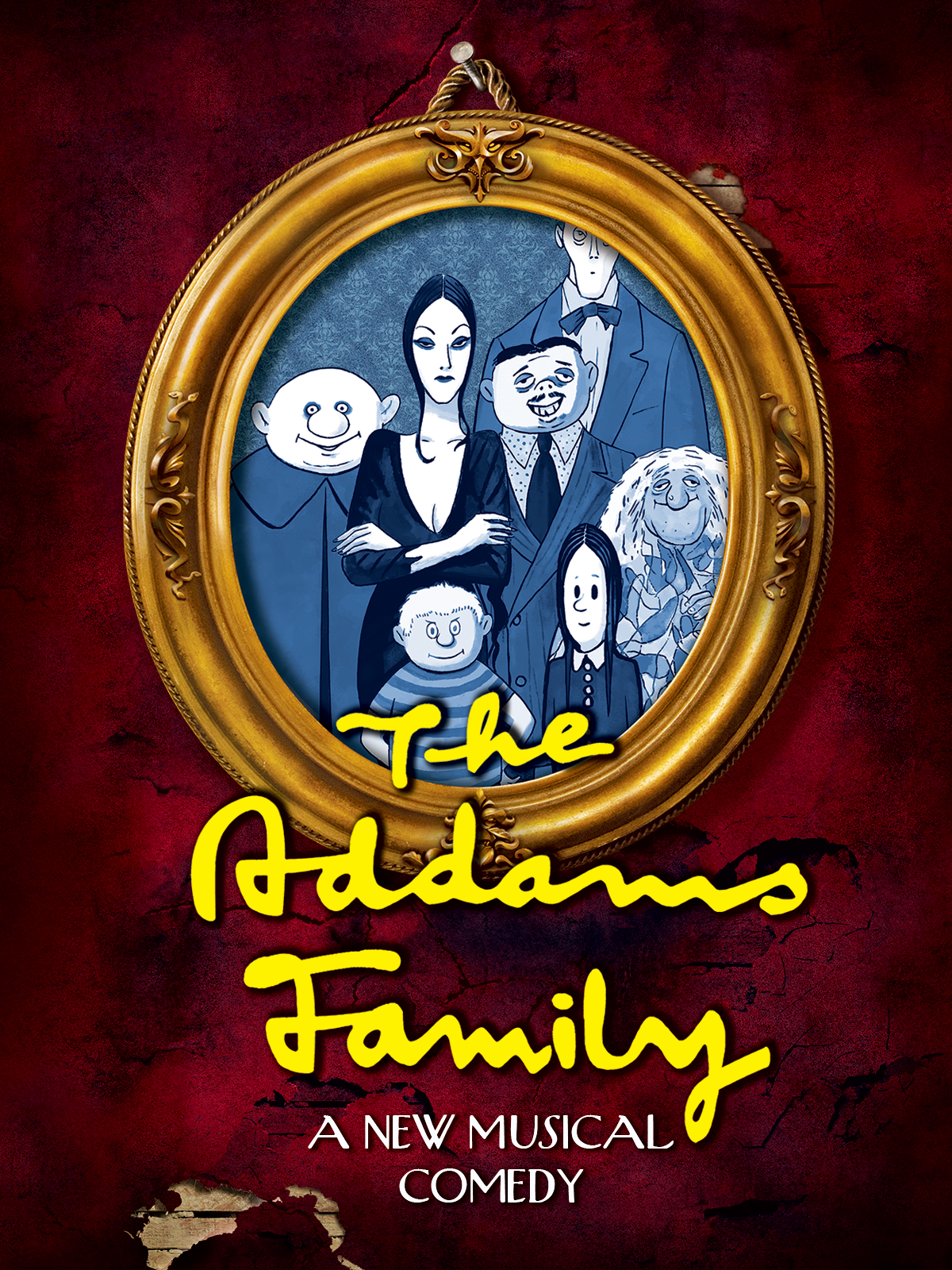 They’re creepy and they’re kooky, mysterious, and spooky—and now they are the stars of a hilariously goulish musical! Storm clouds are gathering over the Addams family’s mansion as Gomez faces every father’s nightmare: his daughter, Wednesday, the ultimate princess of darkness, has fallen in love with a sweet, smart young man from a respectable family. And if that wasn’t upsetting enough, Gomez must do something he’s never done before– keep the secret from his beloved wife, Morticia. Everything will change for the whole family on the fateful night they host a dinner for Wednesday’s “normal” boyfriend and his parents. One thing is certain: the Addams family will never be the same.

THE ADDAMS FAMILY A NEW MUSICAL is presented through special arrangement with and all authorized performance materials are supplied by Theatrical rights Worldwide 1180 Avenue of the Americas, Suite 640, New York, NY 1036. www.theatricalrights.com